Starting from the match against Dnipro-1, the logo of the organization will be on the back of the official shirts of our European matches.

Hope For Children (HFC) is an International Humanitarian and Independent Organization, based in Nicosia, established based on the standards and principles of the United Nations Convention on the Rights of the Child and European Union Law.

HFC implements multi-level humanitarian programmes that focus on the promotion of the rights of all children, prioritising their well-being, education and prevention of all forms of violence against them, as well as their psychosocial and legal support. HFC has designed and implemented a series of programmes including the “Children’s House” for the rehabilitation of child victims of sexual abuse, the “Houses of Hope” which accommodate unaccompanied children in private homes, the Foster Families Programme, The National Helpline 1466 which is mainly addressed to children and families to provide free psychological, social and legal support, counselling and guidance on child protection issues, the European Missing Children’s Helpline 116 000, the European Support Line for Children and Adolescents 116 111, and others.

It also focuses on the implementation of European projects which include research, training of professionals and policy change regarding children’s rights. It also regularly organises information and awareness-raising campaigns on social issues affecting the well-being and rights of children.

The Agency is currently staffed by qualified scientific personnel as well as volunteers. Its development and operation relies on the citizens, public and private sectors, who, trusting in its work, offer practical support through donations and sponsorships.

“Our partnership with Apollon began in 2014 and we are honoured that at such an important moment in the club’s history, with its participation in the UEFA Europa Conference League, it has chosen to promote the humanitarian organisation “Hope For Children” CRC Policy Center. Throughout the years, we have shared the same vision in relation to the protection of children and their rights and we would like to thank the Apollon management and fans for remaining by our side by supporting our actions and programs. In closing, on behalf of the Hope For Children staff members, we wish Apollo every success.”

Statement by the Director-General of Hope for Children: Joseph Borghese 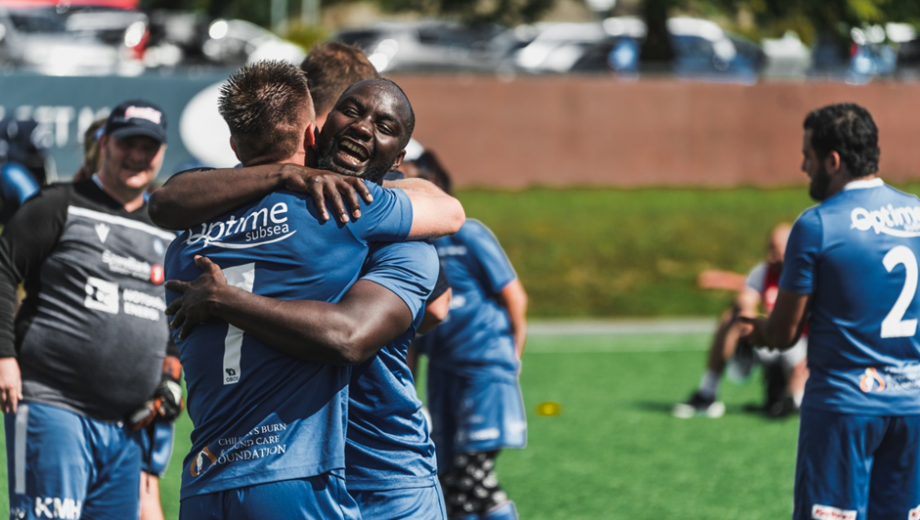