Our new EFDN interview on the International Day of Sport for Development and Peace features Matt Parish. Matt is the CEO of LFC Foundation. His previous roles include director of education and inclusion at Burnley FC in the Community, and chief operating officer at Charlton Athletic Community Trust.

We spoke with Matt about their COVID-19 community response, the relationship between supporters and the foundation, funding and partnerships, and why LFC Foundation is #Morethanfootball.

EFDN: How does the ongoing pandemic affect your daily work? How has LFC Foundation’s role in the community changed since March 2020?

Matt Parish: It hasn’t fundamentally changed the groups we support. We always supported vulnerable groups, families and young people and tried to achieve sustainable change for them. But the focus has been a bit more on the here and now, we have perhaps worked in a more targeted way on specific needs. The focus has always been first and foremost on Liverpool and the local region.

For me, and I am speaking from a UK perspective but I think it’s the same for most EFDN clubs, football foundations have been involved in their communities before and just had to adapt their programmes instead of inventing new ones.  12 months ago, all the different departments of the club, the foundation, the CSR team Red Neighbours came together and we thought about how we can best support our community. We decided to focus on food poverty as we had already a good existing relationship with the Red Neighbours team and supporters did fundraising for food banks before.

Social isolation is another important topic. We have more than 30,000 participants per year and some of them are very vulnerable. We keep in contact with our disability team, older participants and any isolated fans.

Physical and mental well-being is another important area. During the first lockdown, we were learning what could be done virtually in terms of YouTube, Zoom and got an offer out quite quickly. At that time we mainly recorded sessions. In comparison to the first lockdown, there is now a difference like night and day.  We offer now 60-70 virtual sessions a week from football sessions for youngsters up to yoga sessions for the older population. From football sessions to social inclusion to sessions targeted at young people at risk of exploitation through gangs.

I would also like to mention our support for NHS and key workers which was more in the first lockdown. We did a lot of practical stuff to help them and the community. Care packs, hygiene packs, cookies and treats, donating of baby clothes to the hospital as donations of clothes dropped, working with pharmacies were among the more practical initiatives. We also arranged supportive things like messages from the players, NHS workers on the pitch at Anfield and other smaller things.

I don’t think the target groups and purpose did change but the way we helped them did slightly and the focus was on the three areas mentioned.

How do you and your staff experience the pandemic? What steps did you take to ensure that the organisation can continue to work successfully?

Matt Parish: We learned on the job as none of us had obviously experienced this, and at times by mistakes to be honest. During the first lockdown it was more about recording sessions than doing it live. It’s worth noting that football in the UK stopped at the beginning of the first lockdown in March. Our physical programmes were up in July again in social distancing format and then there was another short lockdown in November 2020. The need for virtual sessions was not that great last year. We were lucky enough that there were skilled people that could train others. Now we have our own Youtube channel, Zoom is heavily used.

The virtual sessions will never replace face-to-face delivery but a lot of the virtual offer will remain after the lockdown especially for vulnerable groups. We have a partnership with global charity Right to Play which is called ‘Side BySide, and we were able to deliver virtual sessions for coaches and young people international which will probably continue. We would not have considered that 14 months ago.

Despite all challenges: What positive developments did you observe throughout the last months? Which outcomes will be helpful for your work after the pandemic?

The other thing that we learned is that football, generally, has stepped up and I am proud to be part of the sector. There has been a greater awareness of our programmes during the last lockdown. So I think many new partnerships have led to more and different interests. Companies are asking now even more about CSR and community impact. The greater awareness is a massive positive outcome.

EFDN: How did the last months affect the relationship of club, team, foundation, supporters and other stakeholders in Liverpool?

Matt Parish: I think the pandemic strengthened it. During the first lockdown, football stopped and the community work was the only one that was still going. All the different departments were then involved. We were lucky enough to enjoy the support of the whole club.

There was always a strong connection with fans anyways. Hospitality members of the club, for example, donated their money that they would have spent on the postponed matchdays to us. Our cancelled legend game against Barcelona was sold out. Fans could request a refund or donate the money to us. More than 260,000 pounds was donated through that. Since March last year, we have been able to donate 320,000 pounds to food banks through fundraising from fans.

When it’s about the connection with fans and especially the European connection; over 80,000 pounds were raised by the official Liverpool supporter club in Norway. They contributed to our call for donations with 17,000 pounds and raised another 70,000 on their own. That shows the connection of the fans with the club and the region. All the amazing work with fans on mental health would have happened eventually on one day but the pandemic sped up the process.

EFDN: If you would have to choose one best practice or initiative – which one would it be?

That’s a difficult question! (laughs) I think in general we stepped up; took a step forward not backwards. We fundraised for a real need which was food poverty and we gave that money directly to a strong network. That enabled partners to set up 14 community pantries across North and South Liverpool. Through fundraising in Norway, we were able to donate crisis money to 12 food banks in the Liverpool region. I am proud of the fans and humble that the fans answered the call and the money went to where it was needed.

EFDN: Do you think this stronger relationship with fans will sustain after the pandemic?

Matt Parish: I would like to think so. A football club needs fans. The relationship of football foundations with fans is key. We invited the fans genuinely and we asked them to fundraise for certain projects. I think that’s something that we will continue in the future.

The need for mental health support, employability support and physical activity will stay. Some things will maybe slightly change, the donation of food on matchdays from Liverpool FC and Everton FC, for example. But the fundraising for community pantries instead of traditional food banks will continue. It will adapt and evolve. The needs will change but the need and work for us and others will certainly not go away.

EFDN: LFC Foundation has received additional funding (e.g. Steve Morgan Foundation). Do you have any advise on how club charity organisations can secure more funding for their work?

Matt Parish: A lot of the income of charities has come through events and unrestricted fundraising. Unrestricted fundraising has been more challenging especially for us as ours is more event-based. The cancellation of the Barcelona legends match was a massive hit with a loss of about 1 million pounds.

But we have been very successful in some areas with restricted grants like Steven Morgan Foundation which was about social engagements through sport programme ‘Kicks’, work in special education schools across Merseyside and employability work. We have been involved with the foundations pre-pandemic but what we made clear is that the need which was already there before will not go away but become even more.

The funds from the Steve Morgan Foundation are used for our employability work and we started to work with six community hubs in the Liverpool regions. These venues are giving LFC Foundation a presence in these communities and deliver a variety of programmes.

As mentioned before, partnerships is key. Wherever we are, the football club badge can be a massive positive tool but we have to make sure that it’s not taking over and other partners can bring their respective strength to the table.

The food banks, for example. Other football clubs set up their own food banks because there was a need in their area. But here the need was supporting the existing food banks rather than building our own. The same for the community hubs. Building our one centre where one exists already, that’s not us.

I think that football foundations cannot flourish without partnerships. It should be about using the power of the club to do community capacity building. Yes, run new programmes if there is a need and gap but if not – why not working with existent providers to develop those.

EFDN: What would be a helpful tool or measure that could make your work easier aside from partnerships and new funding? Other CSR-practitioners mentioned, for example, more governmental support and recognition.

Matt Parish: I think we all recognise a need for our work, now more than ever. When it comes to the benefits on mental health and well-being and the question of how the society wants to come out of this it would be about governments complying that football can play a part in it. As this is a time that none of us has been through and we never want to be through again, governments and national organisations should think outside of the box and see football clubs as a part of the answer to the challenges.

Perhaps the recognition that clubs, in the plural sense, got throughout this period helps with this. Let’s not go back to the old and let’s try to learn our lessons. If a football club is the best case to run an employability programme in a certain area, let them lead. We know that unemployment was an issue in our region beforehand and we have delivered programmes before. I hope that governments are recognising that clubs can play a part in the recovery and help communities going forward.

EFDN: We believe that Football is more than football. Why do you think your foundation is #morethanfootball?

Matt Parish: The power of the fan base here and worldwide, the network and opportunities it represents and the real local heart to inspire, to raise aspirations and spirits with that badge  – all of this collectively, that’s why it is more than football.

We are all thirsty to get back into the stadium with fans. So I think football is at its heart but what we do the other six days of the week as a club is what really excites me. It’s about the impact and reach that it creates as it is changing lives basically.

Read more about the life-changing work of the LFC Foundation here. Follow #EFDNInterview on social media for more interviews with CSR experts.

The #iwill campaign is a UK-wide campaign, set up in November 2013 by its coordinating charity Step Up to ...
Read more about this project.
More News Like This
All news 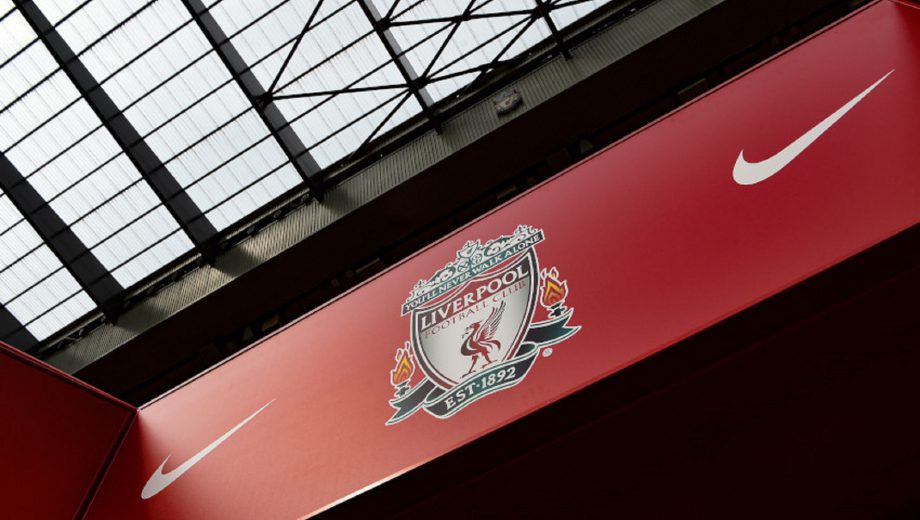 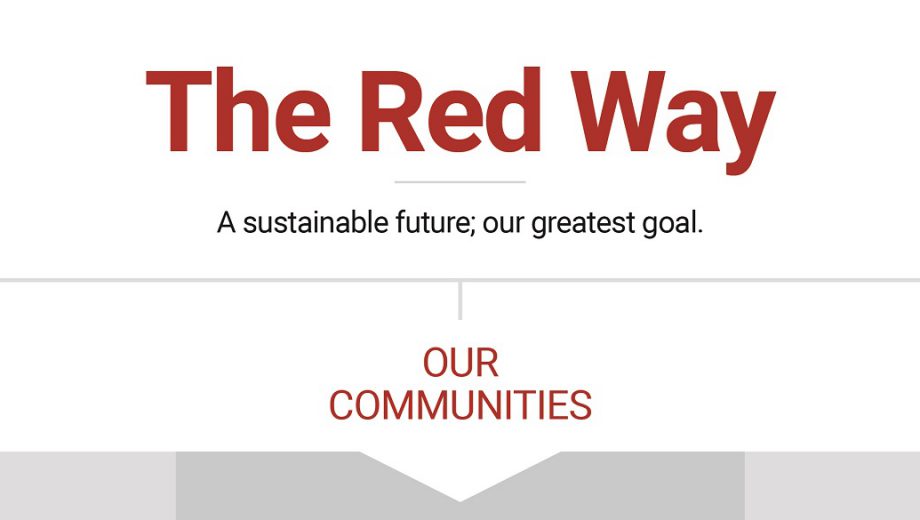 The Red Way points to sustainability 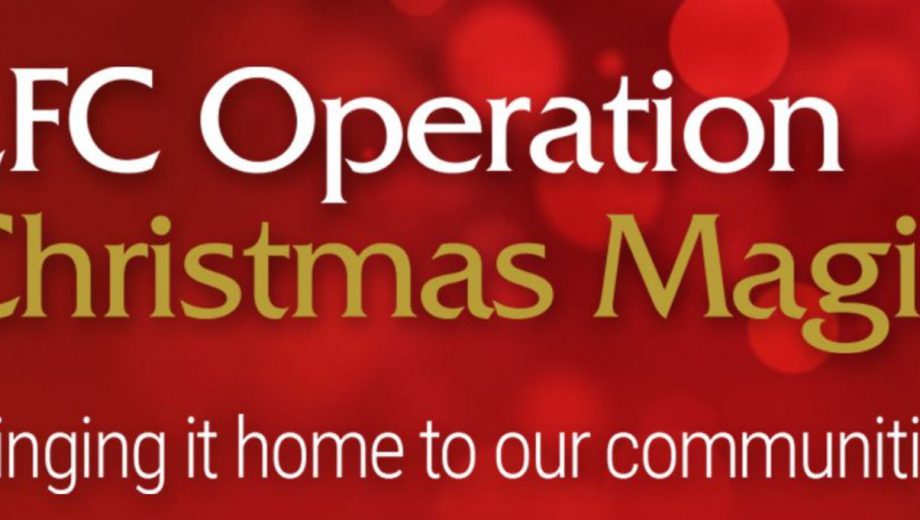