The party at El Alcoraz was a great one. There was a great atmosphere, there was victory, and there was a lot of emotion. The women’s football team of SD Huesca, Huesca Femenino played a historic match at the stadium in Alcoraz, playing the first women’s football match with a maximum capacity of almost 6,000 fans. And Akane’s goal, in the first half of the match, put the icing on the cake of an event that the club has taken great care of, aware of the significance it has in its growth. It was the first step towards turning matches like this into something exceptional.

The minutes before the match were full of emotion, with the youth team taking to the pitch, the tribute to the captains who announced their retirement this season, and to the club’s number one member. There was also a surprise for the director of women’s football at the club, an indispensable part in the celebration of the match, who received a tribute from her teammates. Despite the lively and festive atmosphere, Zaragoza CFF B refused to be inactive at El Alcoraz. But after the early exchanges, it was Veronica Rodriguez’s side who took control of the game, and also had the clearest chances. Akane had a goal disallowed for offside after Julia’s cross, and minutes later Sara González’s shot was turned behind for a corner by the keeper. But both had the chance to make amends a few minutes later, when they played the lead role in the only goal of the game. Akane sent the ball into the net with a perfect finish from Sara González. She controlled and shot just inside the post.

It was enough of an advantage going into the second half, when the coach started to move the bench, refreshing the team and allowing El Alcoraz to give a standing ovation to both Totti, who gave her place to Laura Royo, and Laura Salinas, who came on for Rocío. Both played their last minutes as home players in the blue-red checkered shirt. The changes raised the intensity of the game, and SD Huesca managed to play the last few minutes in the opposition half, while the visitors looked for their chances on the counter. But neither side was able to find the target, and the game ended with a 1-0 score and a return to the pitch for both teams, proving that this Saturday at El Alcoraz there was a real winner: women’s football. 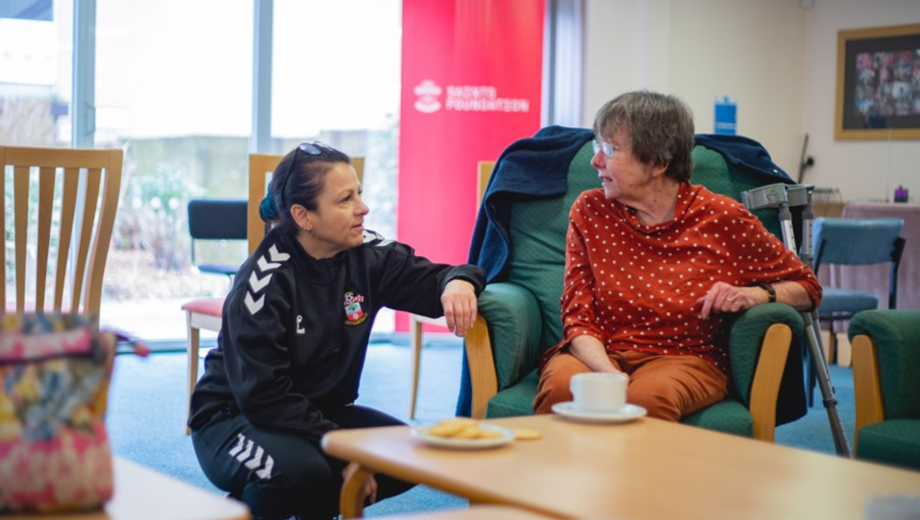 Football for the Goals launches “Correct the Internet”

More than 500 free tickets given to charities