To mark the five-year partnership with the Radboudumc Amalia Children’s Hospital, N.E.C. and its supporters have recently committed to creating child-friendly hospital rooms in the children’s hospital. Through donations, help from sponsors and bidding on shirts worn in the competition through the #Morethanfootball fundraiser, a fantastic amount of money of €23,255 was raised!

Jan Peter Rake, pediatrician and medical director of the Amalia Children’s Hospital, says: “I am enormously surprised by the success of this campaign. It is heart-warming to see that we can make four hospital rooms child-friendly thanks to the contribution of N.E.C. It is a great success. N.E.C. will forever be in my heart.”

Normally the selection of N.E.C. pays an annual visit to the Amalia Children’s Hospital to give the children a day they will never forget. Due to the current corona crisis, this is unfortunately not possible. For this reason, it was decided to make the match N.E.C. – SC Telstar (5 April this year) the theme of the five-year cooperation. The match ball was brought by Elaya. He was flown into the Goffert Stadium by helicopter to hand over the ball to the referee. After the match the shirts were auctioned via the #Morethanfootball Fundraiser that EFDN developed in partnership with MatchWornShirts.

Luc te Riele, manager of N.E.C. Maatschappelijk, said about the realisation of the initiative: “Of course we would have loved to go the hospital with the whole team to give the children in the Amalia Children’s Hospital a fantastic day. Unfortunately, due to the coronavirus, this is impossible. We then decided to use the power of N.E.C. to do something for the sick children who end up in hospital. We would like to thank our supporters, business club members, and other donors for their generosity and for creating the children’s rooms! Thanks to you, this was a great success and children will soon be able to use the child-friendly hospital room.”

NEC Nijmegen started the NEC Legends walking football project in May 2016. The project is part of the EFDN ...
Read more about this project.

The N.E.C. BuurtBattle project is a futsal competition, in which the teams can score points by ...
Read more about this project.
More News Like This
All news 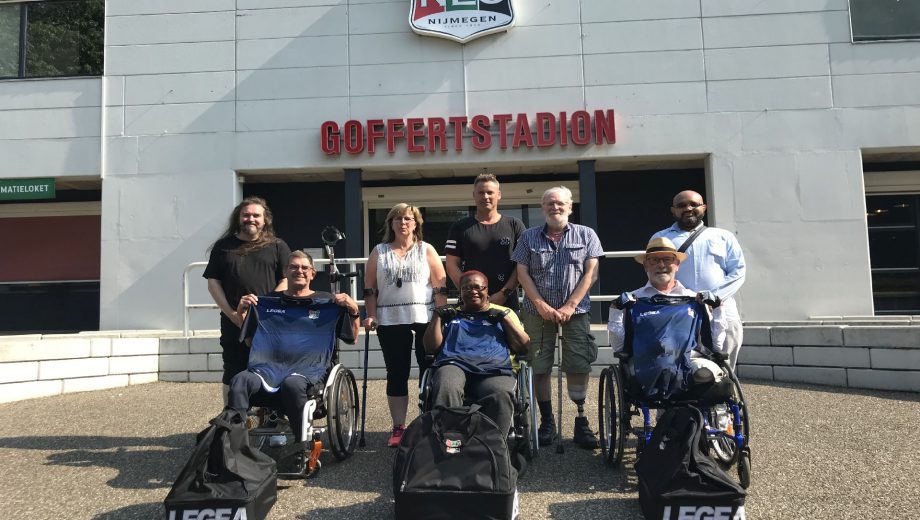