The European Football for Development Network (EFDN) will host its 17th EFDN ‘#Morethanfootball’ Conference as from 09-11 May 2022 in the home city of two EFDN members in Liverpool on the 9th and 10th of May 2022. EFDN members Liverpool FC and Everton FC will host the Conference in Anfield and Goodison Park.

This conference is the perfect platform for organisations of all shapes and sizes to share ideas and develop new concepts. EFDN is excited to meet its members and partners again in person at the largest gathering of Community and Social Responsibility (CSR) and Environmental, Social and Corporate Governance( ESG) experts in European professional football. You can read more about the topics the participants at the 17th EFDN Conference will be able to learn and exchange about here. It will be an excellent occasion for your organisation to join these experts and broaden your network on CSR in football.

This news article will give you an impression of some more knowledgeable and competent speakers in the fields of Equality, Anti-Racism, impact in the community, safeguarding and mental health– who we have contacted to share their expertise with you:

Iffy Onuora, Head of Race Equality and Inclusion at The Premier League, is the next confirmed speaker at our 17th EFDN #Morethanfootball Conference in Liverpool on 9 & 11 May 2022.

Iffy is a former player making nearly 500 appearances over a 15 year career span. He then moved inot Coaching and Mangement working both as an Assistant and Head Coach. Following this he took up a dual role with the PFA as Coach Educator and Equalities Executive. The latter role saw him become a Trustee of KIO and a member of the FA Council. He then became the Premier League’s inaugural, Head of EDI in

April 2021, the role then being foucsed into Head of Race Equality and Inclusion in 2022.Topics that will be discussed are:

1. The background to the PL developing the NRFR action plan.

3. NRFR: The challenges and one year update.

Thomas Brindle, Head of Development at The Rugby Football League, is the next confirmed speaker at our 17th EFDN #Morethanfootball Conference in Liverpool on 9 & 11 May 2022.

”I’ve played Rugby League since I was 6 and have been in sport administration for last 16 years, I am a keen believer in tackling inequalities. In recent years, I’ve led on the Betfred Women’s Super League, Learning Disability and Physical disability Rugby League competitions. Sport is still an underrepresented lifestyle choice across the most deprived areas and I am passionate about addressing that in the community we sevre.”

[…] In 2016 we started with the hypothetical questions “what would the impact be on the community if you remove Rugby League from Wigan, would it be the same as removing York Cathedral” this led us on a journey of discovery of understanding the importance of measurement around social impact and using the evidence base to make meaningful change.”

Oliver Bonser, Commercial Sport Lead at The Safeguarding Company, is the next confirmed speaker at our 17th EFDN #Morethanfootball Conference in Liverpool on 9 & 11 May 2022.

Oliver Bonser built up his professional career in the Software and Telemarketing industry. For The Safeguarding Company, he is now in charge of supporting National Governing Bodies, Sports Organisations, Collegiate Athletics, Grassroots Clubs and Charities through the company’s global cloud-based Safeguarding and Compliance technology.

The topics on which Oliver Bonser will share his knowledge are:

–  MyConcern platform and why it benefits clubs and community trusts

Nick Perchard, Head of Communities and Football Policy at The Premier League, is the next confirmed speaker at our 17th EFDN #Morethanfootball Conference in Liverpool on 9 & 11 May 2022.

The Premier League produces some of the most competitive and compelling football in the world. The League and its clubs use the power and popularity of the competition to inspire fans, communities and partners in the UK and across the world.

Nick is responsible for the Premier League’s community and wider football strategy and policy. The Premier League supports all of football, from the EFL to the school playground and everything in between. The Premier League invests 15% of its income in supporting men’s and women’s football and communities across England and Wales. Working with football partners and other stakeholders this investment has created and rejuvenated thousands of football facilities, helped millions of young people lead happier and healthier lives, and ensured that football is everyone’s game.

Nick’s work also includes working with football partners on some of the game’s key policy issues, including leading the organisation’s work on brain health. In 2016 Nick was appointed as a Trustee of the National League Trust as the Premier League’s representative and also sits on the English Football League Trust’s Board and the Football Foundation’s National Football Facilities Strategy Advisory Group.

Before joining the Premier League, Nick was CEO of Hertfordshire FA (2009-2014), and County Development Manager at Essex FA (2006-2009) where he also sat on the Board of the County Sports Partnership. His early career was spent at Watford FC’s Community Sports and Education Trust and QPR FC in the Community. 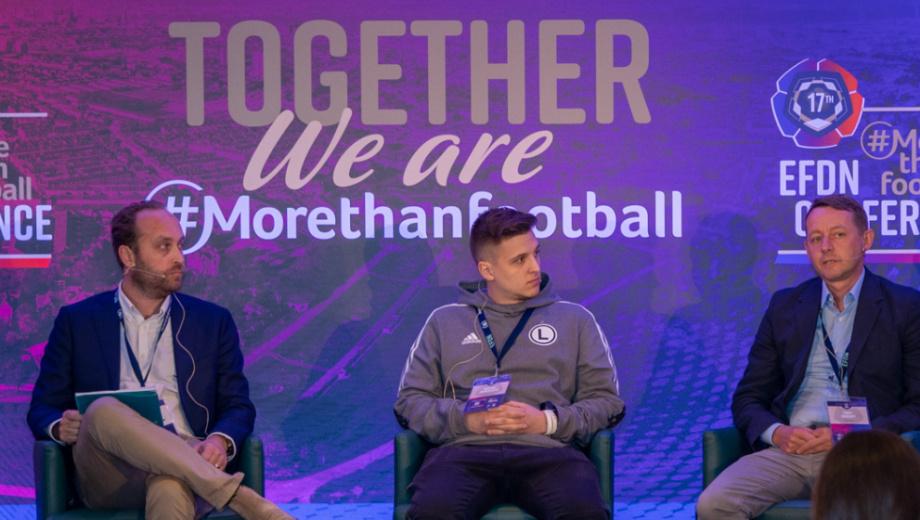