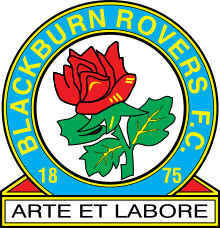 In partnership with the local arm of nationwide mental health charity Creative Support, this regional competitive football league for adults with mental health considerations is the only multi-division competition of its kind to be based at a professional football club. Delivered in two monthly divisions based on ability to ensure maximum enjoyment for the participants (a ‘Premier League’ and ‘Championship’), there are spin-off opportunities from this competition, including employability, CV and health workshops.

The project’s participants all have their individual challenges ranging from mental health concerns caused by drug abuse, domestic abuse, homelessness, refugee status, work pressures and a variety of other conditions/circumstances that are linked to mental health issues.

This concept has delivered some remarkable results, with two players having gone on record to state that the sense of purpose and belonging that the league added to their daily lives persuaded them not to give in to the strong temptation to commit suicide following traumas they had previously endured. Both have now gone on to enjoy much more positive outlooks in life, with new opportunities in work and volunteering to help them restore their previous levels of confidence.

Though seen as a regional competition, the benefits are visible to organisations on a much wider scale, with past and current participating teams in the league representing the likes of Everton, Derby County, Bolton Wanderers, Wigan Athletic and Fleetwood Town, as well as guest sides from as far afield as Hull, Stoke and Northampton traveling to take part in special cup tournaments at various points.

One of the league’s biggest strengths and weaknesses was witnessed in 2017 when a number of teams withdrew from the league – not because it wasn’t working, but because it had been so successful for the participants that the social care charities were finding that their service users were gaining huge confidence through the league’s social and networking angle and now had sufficient desire and contentment to find new education or employment opportunities. This meant that the charities hoping to rehabilitate men and women through football no longer had as many people needing their support and in turn the numbers needed to enter a team in the league – a wonderful statement for the power of the concept as a stepping stone to a better life.

Using the power of football and the Blackburn Rovers brand, we deliver a BTEC in Sport at Level 1 and 3 (Extended ...
Read more about this project.
Members
all members