On the 28th of March 2019, Barça Foundation and UNICEF launched a report on the benefits of sports participation at an international consultation on sport for development for children at the FC Barcelona Auditorium.

The latest research by UNICEF and Barça Foundation has revealed that participation in sport improves children’s educational attainment and skills development including empowerment, leadership and self-esteem, contributing to their overall well-being and future prospects. The study called “Getting into the Game: Understanding the Evidence for Child-Focused Sport for Development” features global research literature and data from more than 300 sport for development (S4D) programmes in 100 countries. The report was commissioned by the Barça Foundation and carried out by a research team at UNICEF’s Office of Research – Innocenti.

As 2019 marks 30 years since the adoption of the most widely ratified human rights treaty in history: The Convention on the Rights of the Child, which among others, states that every child has a right to leisure, play, and participation in cultural and artistic activities, Barça Foundation and UNICEF urge governments to deliver on the commitment to leisure and play. “It’s long been understood that sport promotes children’s health and physical development, but now we have solid evidence to suggest that sport can have a powerful impact on their overall education and life skills development,” said UNICEF Deputy Executive Director Charlotte Petri Gornitzka. “We must use this evidence to inspire investment in sports for children, especially the most vulnerable.” 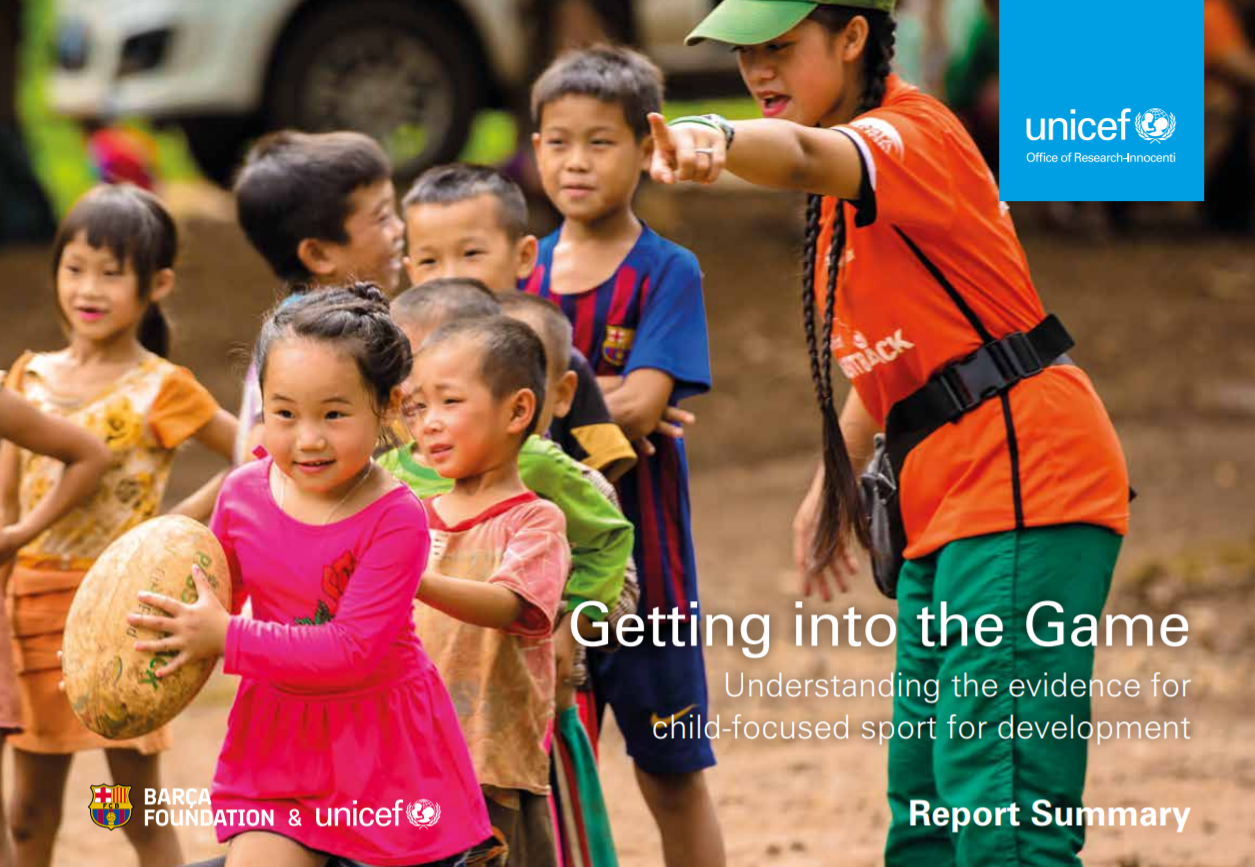 Highlights from the report include:

In a second phase, the researchers will test the report recommendations in programmes, including at UNICEF projects funded by FC Barcelona in Brazil, China, Ghana and South Africa, as well as projects in countries affected by conflict or disaster.

“With the presentation of this research, the partnership between UNICEF and the Barça Foundation is positioned as a benchmark in sport for development in the world. Our commitment to evidence and rigour will have an enormous impact on the organizations that work in this field, improving the actions and positively impacting the lives of millions of children,” said  President of FC Barcelona Josep Maria Bartomeu.

“This partnership goes beyond programme implementation, goes beyond the logo of UNICEF on the Barça shirt, beyond research. It’s all that, and more said Jordi Cardoner, First Vice President, FC Barcelona. “This alliance has an incalculable value because with it we are positioning sport as a great tool to improve the quality of life of children around the world.”

“Sport is not only inspiring it is also a real tool for inclusion and to guarantee fundamental rights of children, such as the right to play. This report is the first step to learn how to overcome the barriers that prevent vulnerable children from enjoying sports in a safe environment. Sport generates development and, together with the Barca Foundation, we will work to demonstrate that.” said Gustavo Suárez Pertierra, Chair of the UNICEF Spanish Committee.

‘FutbolNet’ is a methodology of the Barça Foundation that uses football as a tool to promote values ...
Read more about this project. Inter Campus Cameroon was launched in 2001 in collaboration with the Milan and Mbalymayo Centro Orientamento Educativo (COE) and ...
Read more about this project.
More News Like This
All news 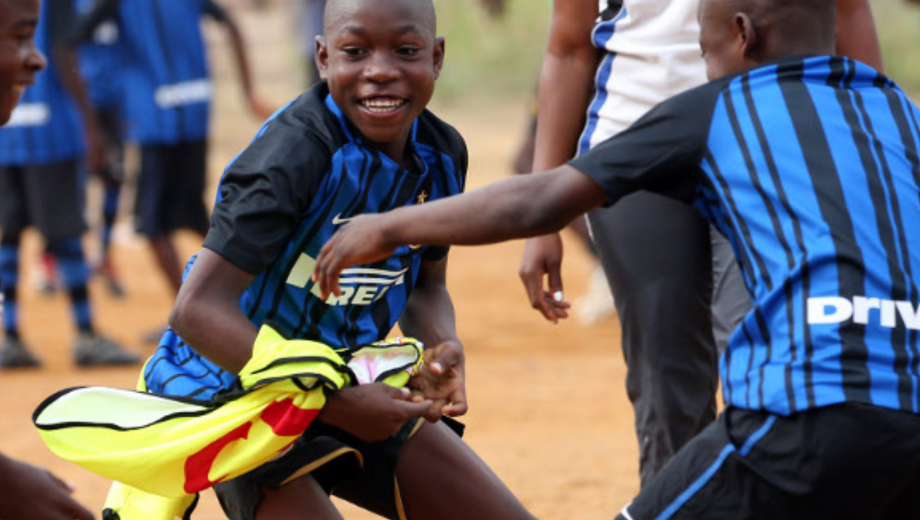 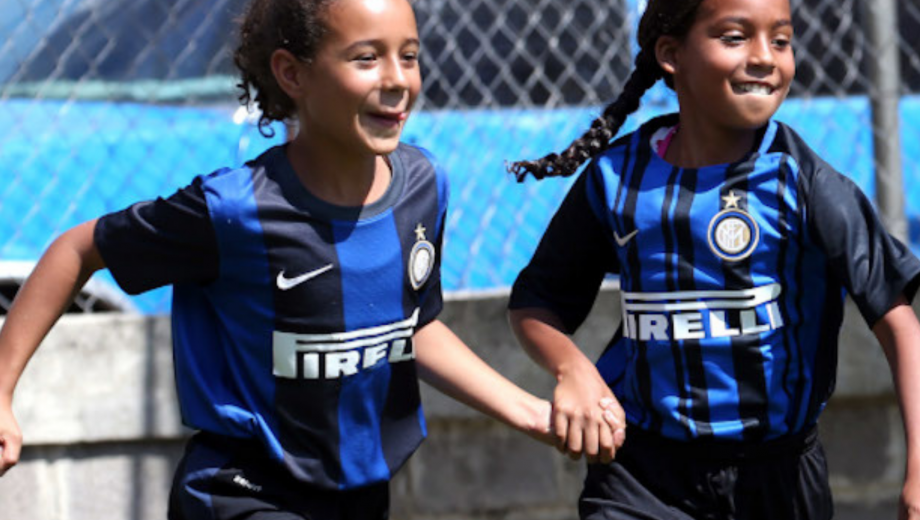 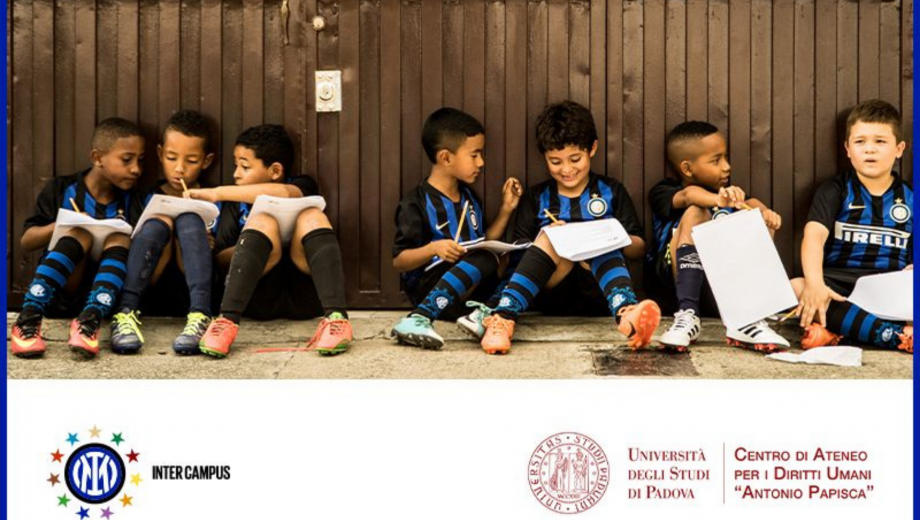