Dundalk Football Club is a professional football club in Dundalk, Ireland. Dundalk compete in the League of Ireland Premier Division and are the highest-ranked Irish side in European football as measured by UEFA club coefficients. They are the second most successful club in the League’s history (with 14 league titles and 12 FAI Cups), and the most successful in the Premier Division era.

Dundalk Football Club prides itself on club principles being a local community sporting club that has it’s foundations built on the hard work of it’s player families, volunteers, loyal supporters and partnerships with their highly valued sponsors. Whilst the senior club’s ultimate aim is to be consistently competitive and challenge for League titles & reaching European competition stages, the club will always endeavour to do this without compromising their underlying culture and values.

Launched a campaign amongst the schools programme in the clubs community to introduce that Racism isn’t accepted or tolerated in the club, teams, community, schools etc…  This included a presentation, a photo opportunity and an open platform for Q&A.

In conjunction with Garda Síochána (Police), local social workers & Dundalk FC. Local kids from deprived areas are given the opportunity to integrate, socialise and exercise through the power of football. The league ran for 8 weeks, meeting one day a week. The League is ran 3 times within a calendar year. 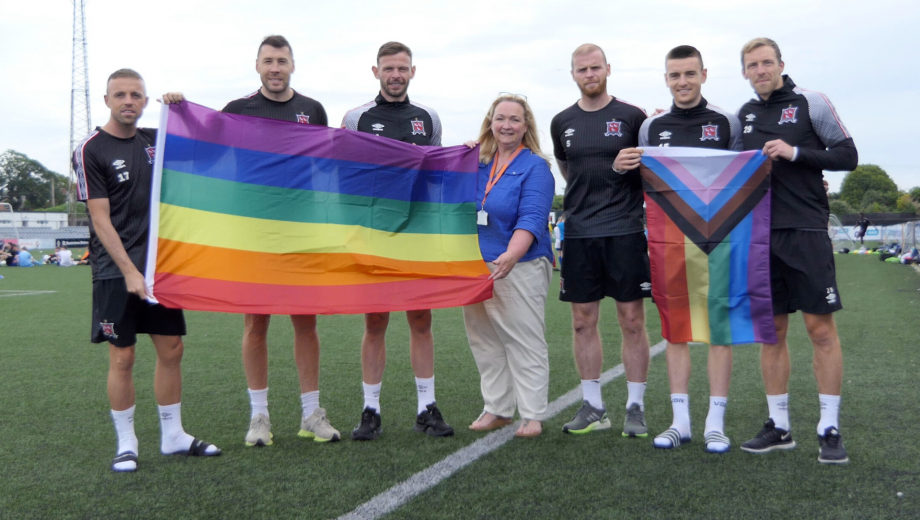