Founded in 1899, the traditional club Eintracht Frankfurt lives the values of diversity, tolerance, and integrity on and off the pitch. As Germany’s 5th largest sports club with more than 96,000 members, Eintracht Frankfurt has always been aware of its enormous social responsibility. The club wants to improve on all three ESG dimensions of sustainability: Environment, social, and governance. Numerous projects in the respective areas have already been implemented.

For instance the change of the vehicle fleet to electric mobility, the usage of green electricity or the cooperation with the caterer in order to ensure that high-quality food is produced seasonally and regionally. With these initiatives, CO2 emissions can be sustainably reduced along the value chain.

Furthermore, the club supports and initiates several social projects such as the “Auf Jetzt” campaign to strengthen the sense of community and to support families in need in times of the corona pandemic. Eintracht Frankfurt is firmly opposed to all forms of discrimination, racism, and homophobia and promotes diversity and tolerance with various initiatives such as “No place for racism!”. Overall, Eintracht Frankfurt tries to constantly improve in all environmental, social and governance aspects.

Eintracht Frankfurt is joining EFDN to learn from other clubs, be a part of the Walking Football League and to be part of the great network. It wants to give back to the network by exchanging with other stakeholders, sharing best practices and sharing experience and expertise of ESG topics. Eintracht Frankfurt has many great and impactful projects. Find a more detailed description of two of them below:

Pausenliga is a school sports project by Eintracht Frankfurt e.V. conducted at fourteen local schools, among one school for hearing impaired and one school for mentally handicapped children. Once a week the gym or schoolyard is turned into a stadium where three- and four-graders compete in several exciting games. The matches are held in the breaks to prevent them from interfering with lessons. Each class is handed a free set of matching Pausenliga-T-Shirts along with schedules and charts to note down current scores and ranks. The children are supervised by certified trainers of Eintracht Frankfurt who put most effort in the kids being excited, having fun as well as promoting their sense of community and teaching them it is all about fair play.

One of the seasons special events is the semi-annual awards ceremony: Participants receive certificates and the challenge cup is handed over. Frequently by famous Eintracht Frankfurt football players and the clubs President Peter Fischer. Several times a year classes are picked (e.g. the fairest one) and given the opportunity to not only watch the professional or youth team play but to be a matchday mascot and escort the players on the way to the pitch. In the afternoon ‘Eintracht Ballschule’ is offered as part of the schools’ extracurricular activities. In addition every Pausenliga participant is invited to get a free membership to try out the diverse sport offers.

Since the beginning of 2007, Eintracht Frankfurt had the opportunity to move more than 35.000 kids.

Since 2019, Eintracht Frankfurt has been offering “Walking Football” free of charge to all members over the age of 55. Football while walking – what sounds like a contradiction at first, has established itself in recent years as a new and special way to play football. The risk of injury is significantly lower due to fixed rules and the joints are spared, but the entire body is still brought into motion. Eintracht Frankfurt is one of the founding members of the Walking Football League.

Pausenliga is a school sport project by Eintracht Frankfurt e.V. conducted at fourteen local schools, among one ...
Read more about this project.
Latest news
All news 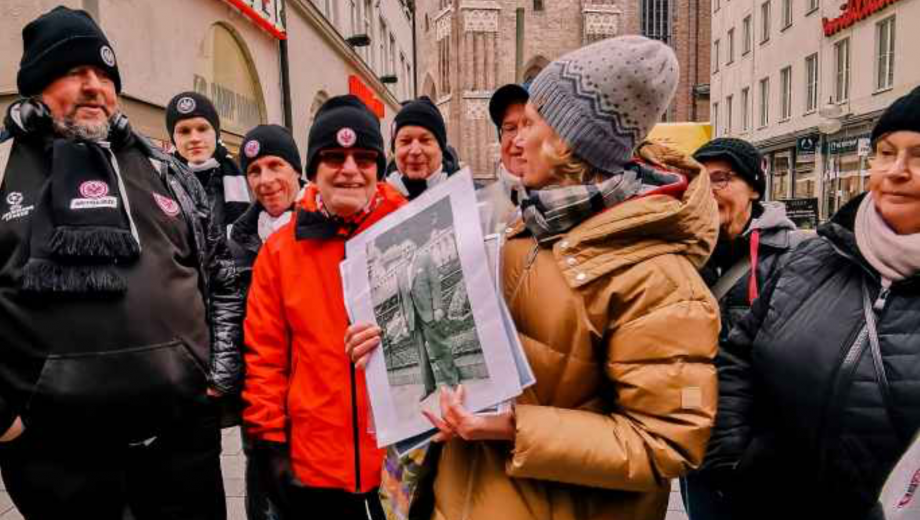 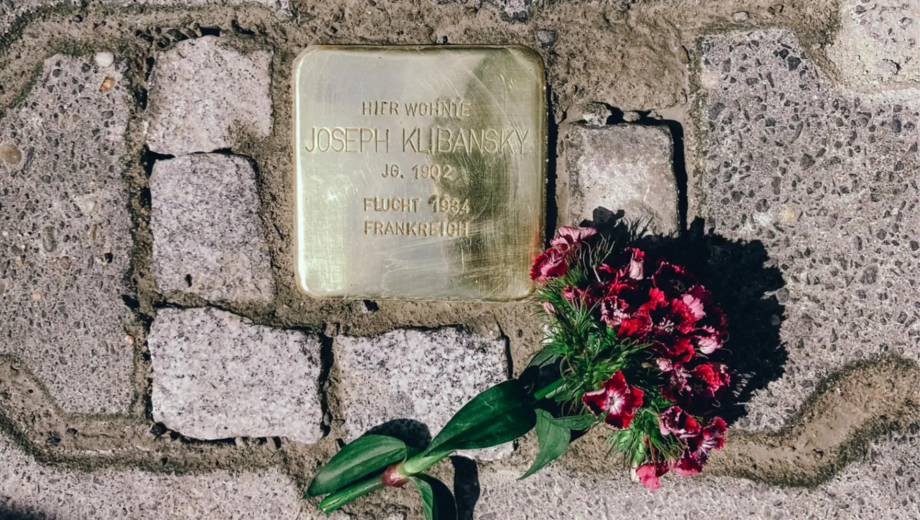 Stumbling Stones in order not to forget