FC Utrecht is a professional football club situated in the heart of the Netherlands which plays its home games in Stadium De Galgenwaard. The club was created in 1970 from a merger between local clubs DOS, Elinkwijk, and Velox. Since its birth, FC Utrecht always has competed in the highest Dutch football division, the Eredivisie. The club has won four domestic trophies as they were three times Cup winners (1985, 2003, and 2004) and conquered once the Dutch Super Cup, the Johan Cruijff Schaal (2004).

Apart from their sporting results, FC Utrecht also focuses on their guiding principles for the club’s activities. FC Utrecht is convinced that as a club in the heart of the Netherlands, they can contribute to a more vital city of Utrecht, as the club is positioned in the heart of the society. They are sincerely involved with people’s well-being and make connections in and between neighbourhoods, cities, and regions. They do this by inspiring and encouraging Utrechters, the residents from Utrecht, to get them moving.

FC Utrecht Foundation
In cooperation with FC Utrecht and other social partners, the FC Utrecht Maatschappelijk foundation organises various activities for the benefit of an inclusive society. Through their conviction: heart for football, heart for the province, and heart for each other, FC Utrecht want to win the hearts of our supporters, the city, and the province. FC Utrecht plays a connecting, enthusing, and inspiring role in this. With their social commitment, they want to seize the opportunity to contribute directly to the physical, social, and mental development of inhabitants of the province of Utrecht and help to build the most vital region of the Netherlands.

Core values
FC Utrecht has the ambition and feels the need to contribute to a fitter Utrecht. They try to achieve this by working on the principles of their core values. This means that they always work with their hearts and serve each other, with the help of each other. And by always going the extra mile, so that they can surprise and reach the people’s hearts. With the aim of inspiring and moving as many Utrechters as possible.

Main qualities
They believe that by making optimum use of their qualities they can make a difference. As FC Utrecht, the club wants to inspire, motivate and connect people and organisations in the surrounding area. They do this by being active and taking the lead, using their knowledge and experience in the field of football and health.

Objectives
The objective of the FC Utrecht Maatschappelijk foundation is to promote an inclusive society. With all its activities – in the stadium, in the neighbourhoods, and at clubs – the club is building a FC Utrecht Community. A community of people with a shared love for football and for the club, ready to do something for others.

FC Utrecht is convinced that as a club in the heart of the Netherlands, they can contribute to ...
Read more about this project.

FC Utrecht – Side by Side

In cooperation with FC Utrecht and other social partners, the FC Utrecht Maatschappelijk foundation organises various activities for ...
Read more about this project.
Latest news
All news 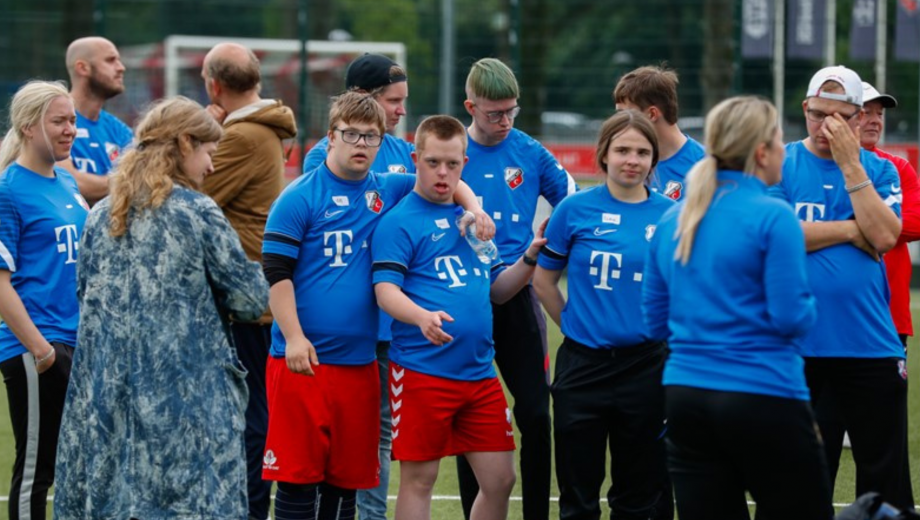