Sport Clube União Torreense is a Portuguese association football club, founded in Torres Vedras in 1917, with the original name Sport União Torreense. During its extensive history the club had promoted, directly and indirectly, many community initiatives; is a regional reference, the community is identified and aggregates on it.

The Club has historical relations with other renowned Portuguese clubs, such as Belenenses Football Club. Since a long time, leaders and entrepreneurs have been involved to uphold the club that represents the community. More recently, the club developed several social actions like school support, training to improve parental behaviour, school holiday activities and promotion of the integration and well being of people with disabilities.

This private school offers 50 scholarships for household athletes who benefit from a discount on the monthly fee.

APECI is an institution that helps disabled people, in most cases with intellectual and mental problems. APECI is the club’s partner in the promotion and implementation of adapted sports, like Goalball.

FÍSICA is a sportive institution that promotes sports practices in several modalities and ages. FÍSICA is also the club’s partner in the promotion of adapted sport, like Goalball. They make their training facilities available and the use of diverse sports materials and infrastructures.

Associação Oceanos Sem Plásticos is an Environmental association with the aim of removing plastic waste from oceans, to avoid the destruction of our seas. They are the club’s partners in their ECO-SCUT program. This program aims to promote good environmental practices to their athletes.

Local Schools are partners of the club in an inclusive program named Futsal Igual (Equal Futsal). This programme allows girls to train with boys for their development. The best footballers are then invited to be part of their female teams (training and senior).

Frismag and Agriloja are both the club’s sponsors, they help them to promote better studies and school support. Sport Clube União Torreense believe that it is their responsibility to help develop youngsters into good footballers but above all, help them to develop into better people.

Sport Clube União Torreense’s activities in their youth football programmes last for 11 months (every year starting in August and finish in June of the following year). The club separates their youth programme in two different steps:

1.Initiation Phase: For children between 5 and 13 years old who want to learn the football game. All children are accepted in this programme.

2.Re-competitive Phase: This programme is intended for adolescents from 14 to 19 years old, that want to specialise in football. The club selects the players for this level.

At the same time, they have partnerships with small clubs around their local council, so that they can still work with the kids that they don’t have space for in the clubs’ 2 Phase programmes. This means that all youngsters can continue to play sports and grow.

The “Futsal Igual” project initiates every scholar year, in September and finishes in June of the next year. During the 10 months of activities, SCUT’s scout’s search for the best female young athletes, in a partnership with several local schools. Their coaches are also involved and train some classes (boys and girls) and help school professors to organise 3 tournaments per year. Only teams with girls and boys are allowed to participate in these mentioned tournaments.

SCUT’s “Goalball” project is in development and the club expect to compete in the next year. Nowadays, they are joining the best local and regional Goalball players. Some of the club’s partners and coaches are also identified to be part of this project.

“Eco SCUT” is another SCUT programme which was developed in partnership with Oceanos Sem Plasticos association, in the implementation phase. The club’s young athletes are taught to respect the environment and to assimilate good environmental behaviours and practices.

“eSCUTa” programme initiates every scholar year, in September and finish in June of the following year. Every day, each of the club’s athletes can be helped by their professors. With these lessons after/before football training, youngsters can be better prepared for the exams and with this school support, can go on to achieve better grades. By public vote, this program was also awarded a financial prize within the local community. 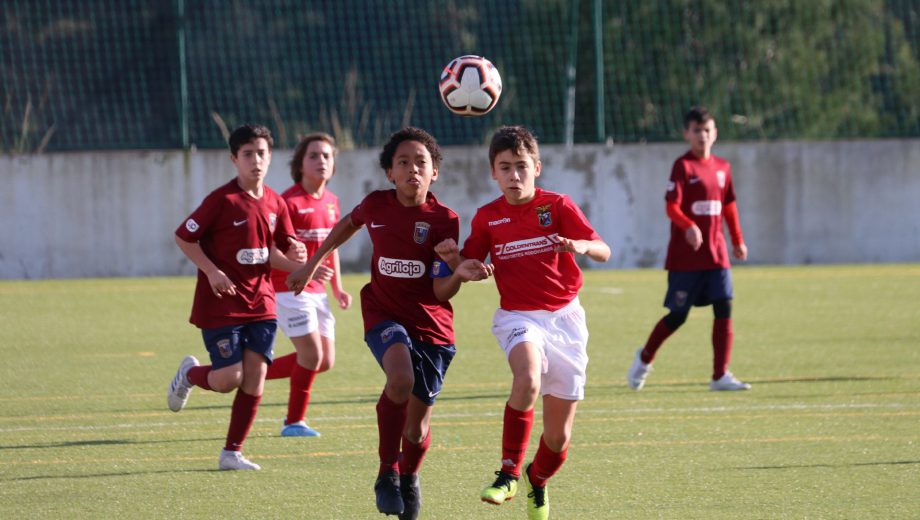