Bohemian Foundation works together with the Mountjoy Prison in Dublin. The club has been conducting regular training sessions for Mountjoy prisoners since 2012 and has provided opportunities for released prisoners to be involved with local football. Those training sessions have a very positive effect. Inmates get to break down the barriers, socialise with each other and reintegrate with the community later on. Players from Bohemian F.C. help coach in the training sessions.

One of the biggest supporters of the project has been the Conway family, who donated a trophy in honour of their father Jimmy Conway Snr, to add a competitive element to the project. The inmates now have something to train for, and have improved every year.

”It’s not all about the soccer”, said Bohemian Foundation President Thomas Hynes, “It’s normal football and it helps show the inmates there’s light at the end of the tunnel for them when they get out. “We don’t just play football in the prison and leave it at that. “We try to get them involved in local football when they are released – both playing and coaching.”

The Bohemian Foundation has built on its soccer work in the prison and, introducing fitness workouts and comedy workshops to Mountjoy. Poetry and 5km runs are next on the agenda. 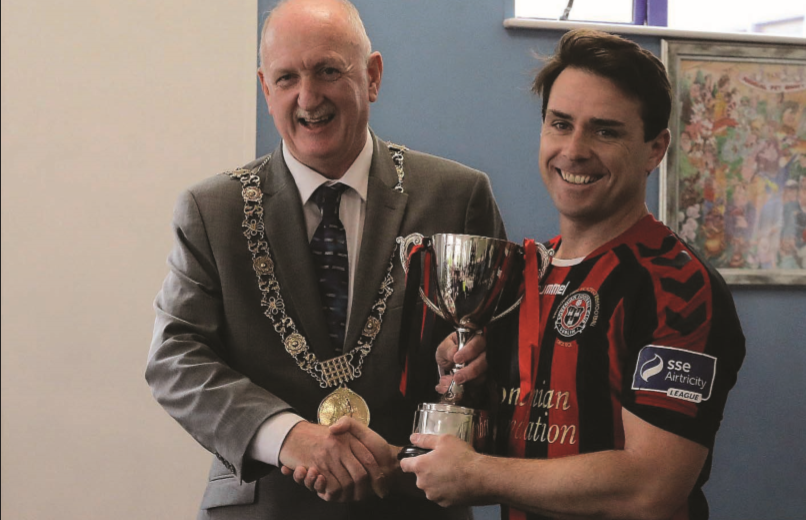 FC Emmen and Naoberschap United join forces to deliver the ‘Naoberschap Inside’ project which focuses on reintegrating prisoners into the ...
Read more about this project.
Members
all members